On Sunday, after church and church-y things, I sat around with my brothers and the young, tall priest at my parents’ church and he was like, “Do you guys just want to jam?” because that’s how he talks.

So, they began playing. They tried to stick to songs that the small crowd mingling about would know and could sing along with, too. And, since, again, church-y people: we kind of stuck to church-y songs.

I’m relatively good at remembering lyrics, and we started singing a song that I’ve heard since my childhood. It’s based off of the words of the child Samuel, “Here I am, Lord.”

I sang it and kind of snort-laughed to myself.

Yesterday was the Feast of the Annunciation.

The Annunciation has always, always been one of my favorite feasts—as far back as I knew the mysteries of the Rosary. I love the story of Mary and the angel and the, “Wait, what?” air shrouded in formal language (“How can this be?” for instance).

I especially liked this line this time, though: “And behold, Elizabeth, your relative, has also conceived a son in her old age, and this is the sixth month for her who was called barren…”

St. Damian of Molokai is one of my favorite saints. He who swooped into an island-prison of infectious disease, death and despair then built the church and the cemetery and the hospital and the orphanages…all of these. He built hard and fast and transformed an entire place, out of his love.

St. Joan of Arc is one of my favorite saints. Homegirl hearing the voices and leading the people to battle and standing for truth and what not.

St. Francis of Assisi is one of my favorite saints. Preaching and leading and inspiring deep new hope in the church. 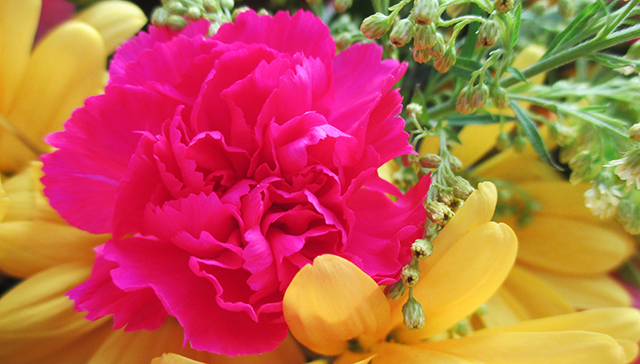 And instead she died at age twenty-four from tuberculosis, hidden in a convent.

Of course, she is also known as a Doctor of our Church, one of the highest titles that can be bestowed.

Right now I’m researching a local holy man—Father Gabriel Richard (stay posted)—and I’m touched by the times he thought he would do something new and wonderful for God (build a new school for the children! Go and minister to the traders in need!) but, instead, his plans were halted, his dreams were stopped.

It’s slightly encouraging, I guess, to know that even holy people get their plans rerouted sometimes.

I feel like I’m decent at doing things, when I’m called to them. I feel like, with a bit of prodding, I usually plow ahead in the direction God asks me to plow.

But, right now, I’m just being asked to wait.

And I’m not as good at that. I kind of prefer having things to do, having projects where I’m devoting all of my creativity and energy and passion. I prefer acting to waiting.

And yet, I guess, sometimes waiting builds virtue, too.

It’s maybe not as fun, though. And so, when the lyrics to the songs are like, “Yeah, God, here we are, and we’ll do the things” (more or less), I snort-laugh because: sometimes God is like, “And your assignment is to: wait on my perfect timing.”

Advent is more the season of waiting…but, Lent is kind of wait-y themed, too. We’re a week out from the Triduum: the washing-of-feet, the silence, the tearful kisses against the cross, the stations, those moments when the lights are all turned off and the church is silent and prayerful and dark.

Plus, Jesus praying the garden and talking to his disciples and then, finally, “It is time.”

But, not yet. If we bought the bread now for then, it would be stale by the time the party rolled around. If I pulled on my new tights now, they’d be dirty and snagged by Easter.

And what about Elizabeth, subtly referenced in the Annunciation’s reading, now six months pregnant who was called barren.

Stories are like that. It’s because we don’t have time to devote to all of the parts. We kind of provide the peaks and valleys when retelling experiences. We hear, “who was called barren.” Those are four words, right? But they sum up a gigantic, gigantic experience of a woman waiting for a miracle from God.

But, the story isn’t told that way. It’s told in four words.

I think that that’s the tricky thing about waiting: the time can seem so unimportant, so purposeless.

But, of course, it must contain purpose, otherwise God would not call us to it.

And so, here we stay: listening, watching, waiting. Waiting for the next word, the next direction, the next yellow arrow.

And, here’s the other key: we never give up hope.