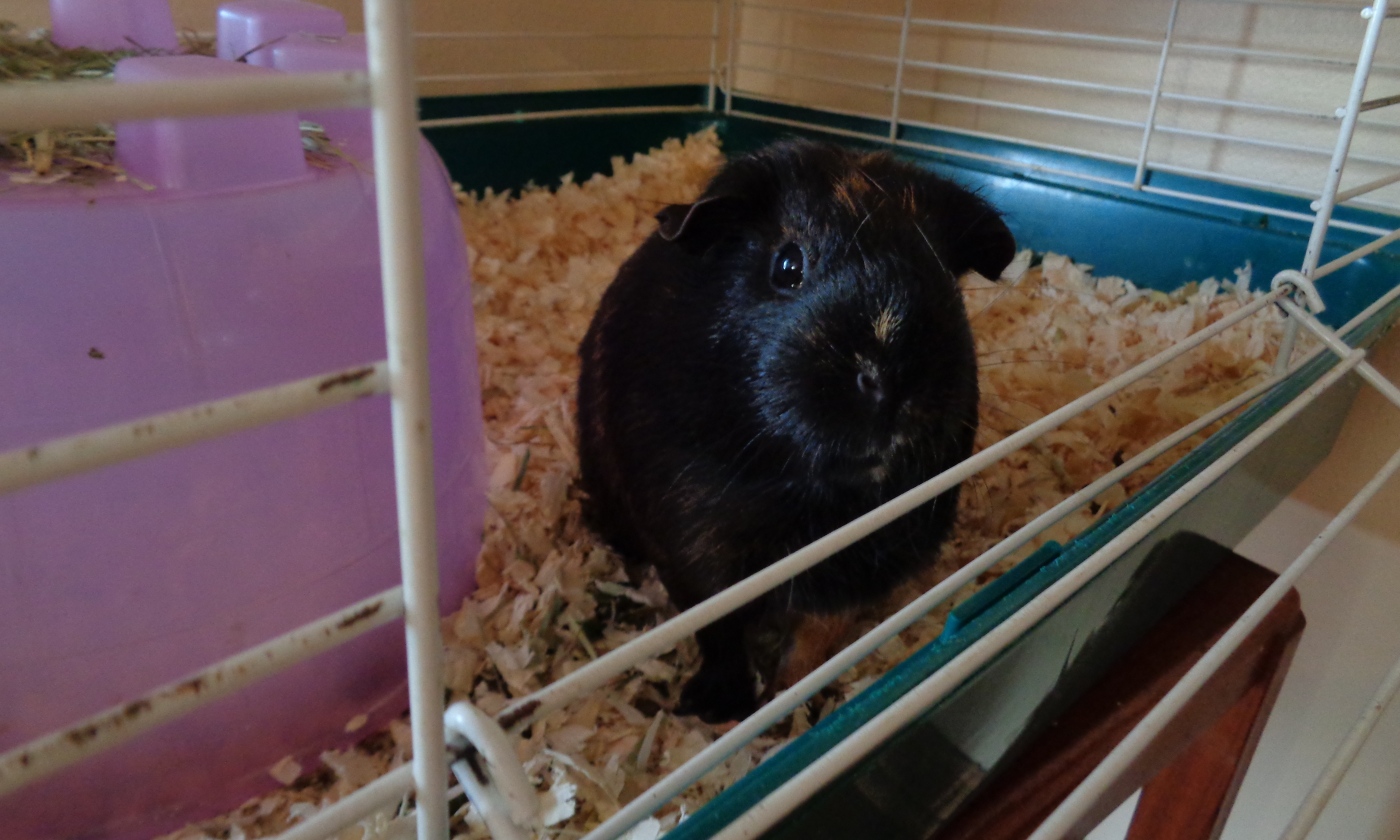 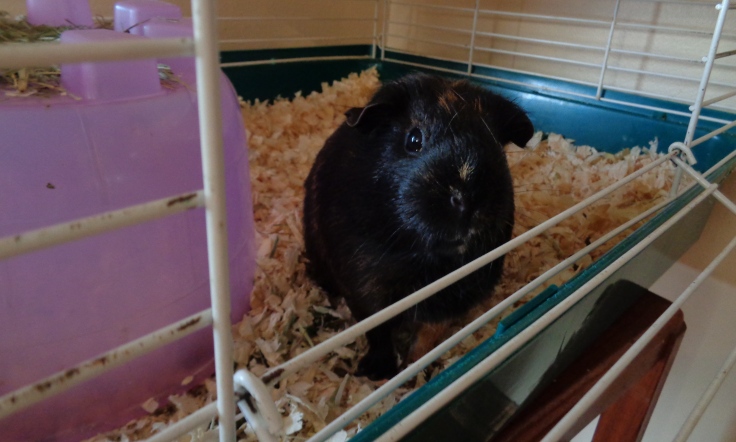 My guinea pig, Kiwi, is a realllllll rascal.

Really she just wants to be free to run around and sleep wherever she wants (favorite spot: against our neighbor’s garage, in his tall grass…where he has dogs who could eat her…and she doesn’t care) and eat all of the snacks she can find.

We used to let her free-roam the living room a bit more, but her pal, Franklin, isn’t as neat as Kiwi is. So, then they would leave a mess everywhere and we got tired of that real quickly. And now they’ve been regulated to cages and the like.

Paul, my brother, recently found a pen for them online. He bought it and we set it up downstairs. Sometimes, when they want to play, we take them downstairs, to the pen. We add obstacles and boxes and towels so they can tunnel and explore and play together.

This, however, does not satisfy Kiwi.

Kiwi wants to be free.

I just shook my head like, “That silly piggy.”

Well, as it turns out…she figured out how to get out of that pen!

The panels are held in place in a with a double hook-and-eye attachment.

Kiwi has figured out how to (1) ascertain which spaces are the between-panel spaces, I think based on the size where her nose fits (2) push up on the perpendicular bars, so as to dislodge the hook-and-eye and (3) push the panels apart with all of her piggy-strength…just so she can run free.

Of course, she doesn’t shut the pen behind her, so then Franklin gets loose, too. And she finds it fitting to run all over the basement, often in the dark, where it would be too hard to find her.

We obviously need to find her a better solution.

Or, harness that creative energy for the Kingdom of God or something.