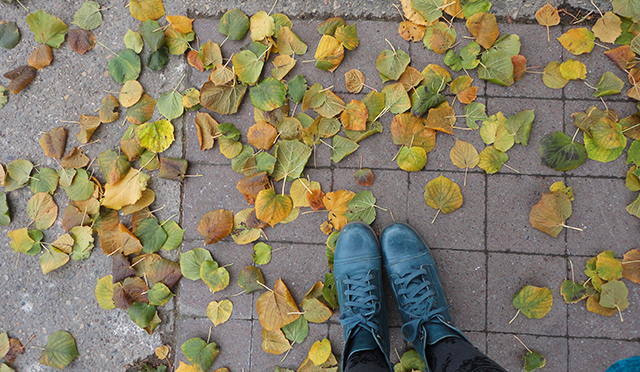 My hands are super itchy at the moment. I think that this has something to do with the new place where I practice circus–I think that maybe I’m allergic to the resin I put on my hands or maybe someone wears a lotion on the silks which sets off a reaction or who knows what. All I know is that my long-sleeved shirt doesn’t cover my hands, and now they’re inflamed.

I’ve been thinking about messages swirling around in the culture-at-large at the moment, and the ways my brain tends to respond. I respond with the words others have told me, and I’ve held onto tightly, in my mind. I also feel like some of these shouldn’t be graced with any more discussion time, so I’ll keep it short, too.


Thing: A song about being “Cool”
Thing I remember:

“Always be kind, for everyone is fighting a hard battle.”

i.e.: Someone told me a saint said this, but the internet said Plato said it and, in the end: does it matter? No. Every time this comes on the radio, I want to tell the middle schoolers singing this song, “You know those people who you think are cool? They’re wounded, too. And they have insecurities, too, and they need friends as well. Don’t be afraid to reach out, but don’t be afraid to venture beyond what makes someone ‘cool’ or ‘not cool.’ Instead, be concerned about how you can better love your world, yourself, the community around you.”


Thing: Someone’s butt and it was photographed
Thing I remember:

i.e.: We have physical attributes because we’re physical beings. I think the saddest thing to me is that we start commenting on a physical attribute shared by most of the world’s population, including animals. See, I’d rather celebrate the fact that there are people who generate original thought and create art and work for social justice and stuff. People are more fascinating if we approach them as people, rather than gape at their, well, you know what I mean.


Thing: Even my mom knows the lead singer is handsome, but “animals“? Rly?
Thing that I remember:

i.e.: Look, I know that we live in a “post-Christian society” and that people haven’t internalized the beautiful freedom of the Gospel message but, seeing it compared against this song is just heartbreaking. Sure, maybe we can all act like animals and react like thus but, really, there’s a beautiful way. You could be like humans. And you could treat other humans like other humans. You could be gentle when you touch, compassionate when you act, thoughtful when you speak. Tell me which one sounds more like the love you desire, right?
And let’s talk about how God decided to be human, and the angels are blown away by this: they don’t understand this goodness. (And we don’t, either).
We’re not animals. We’re humans. It’s better than being animals!


Thing: The saddest thing. Someone ended her life.
Thing I remember: Once I went out to lunch with a religious sister who said,

There will always be a great temptation to leave your vocation.

i.e.: I’m hurt that this was mistaken by so many for “bravery.” I wish that there was a deeper understanding of the importance of suffering. Do you know who was brave? St. John Paul II, facing his dying days courageously. The parents who celebrated their son, even though it was hard. This mama, who probably cries every day (want to be touched? Read her story). They’re the heroes of this planet. And I wish more people understood that their sufferings are hard, but, important. They can teach us what bravery really looks like, and it will be hard, but so, so valuable.
(Even so, eternal rest grant unto her, Oh Lord…)

Those are just things I’ve been thinking about.


And then I went down to find a postal office this afternoon. I stopped in the big ol’ office building where there used to be a postal office, because I have postcards to mail, yo! But, it wasn’t there so I asked the guard where it was, and he said it was in the next building over. So I tramped over to that building, and that guard was like, “Third floor.”

So, I took the elevator to the third floor and stepped off.

Well, not really. But, I am graced with an imagination.

And I just read this morning how Detroit “won” most the crime-filled city trophy. (Again).

The floor was a singular, narrow hallway with no natural light and a bunch of dark, closed doors. I walked down it until it dead-ended by a “women” sign next to a big laundry cart. And I was like, “I have seen enough of Thoroughly Modern Millie to know how this ends. Dagnabbit, Nell, this is how women get abducted!”


And then one of the doors opened and a man stepped out, but, instead of thinking to ask for directions, I just ducked behind a pillar like, “No!! I must try to make it out alive!”

But then I realized the crazy eventually, and I went to figure out where he went, and I ran into a different man and that one was like, “Oh, the Postal Office? That won’t open until next week…on the main level.”

And I was just (mentally) like, “Trust me, bro, I need zero convincing to ever revisit this floor again.”

And, in the end, I didn’t even get the stamps.

Even though I’m publishing on Sunday.