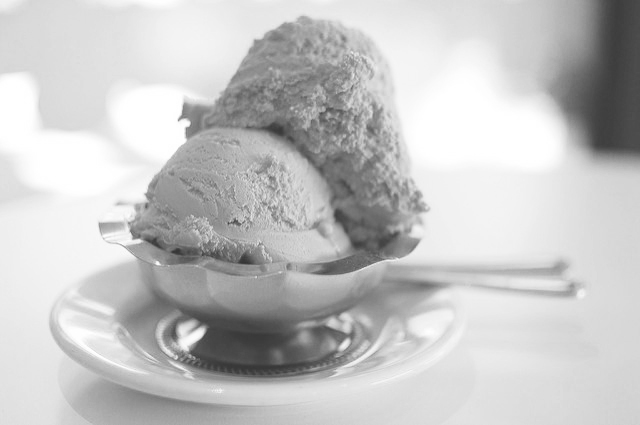 There is an older man who goes to my tiny-church who is a dear friend of mine.

Once, when I returned from an international trip, he found me at mass and whispered me a poem about ships on the ocean returning home, too.

Once, in the middle of the winter, he gave me a CD of a bunch of things that he found beautiful–images and poems and articles and writings. I loved it.

He has a scraggly beard of white and grey whiskers. He’s missing most of his teeth. He was homeless, once, but is living in an apartment now, I believe, somewhere in my broken Detroit. How old is he, I wonder. I’m very bad at guessing age, generally, and I know that street-living ages folks prematurely, too. Maybe he’s in his sixties.

In some way, we are all dying, I guess, each day inching closer to our final moments.

He, though, has a brain tumor. It has been treated before. It cannot be treated any further.

Every day he is in pain.

Every day he wakes up and cannot see as much as he could the day before.

He is slowly going blind, this man with grey hairs who isn’t really too old, and who talks to me about poetry and music and lights up when anyone mentions the little boy with Downs Syndrome who attends the church, too.

Every time I see him he says to me, “I have so many things I want to write, but I can’t write them anymore…” and then he trails off.

I know that he checks on the other seniors in the area–visiting them, checking on them, calling them.

The other day he asked me what I was doing this weekend. I told him that it is my mother’s birthday and that we were planning to go on a hike and then, afterwards, maybe we would get ice cream. I told him that my mother loves ice cream so much, and that made him laugh and we laughed together.

The next day he came, again, to my office.

He handed me a black plastic bag, the cheap kind they give at the local markets. Inside was a half-gallon of Rocky Road ice cream.

Please know something. The poor in the neighborhood around me, if they receive anything from the government, receive around twenty-four dollars in food stamps per month. Twenty-four. For the month.

Please know something else–the only “stores” around us are a CVS pharmacy and an odd assortment of liquor/ lotto stores, all of them abhorrently overpriced and catering to the impoverished who live in the government-subsidized housing in my neighborhood.

When I travel and people learn I’m from Detroit, they usually sneer and make off-color remarks about the crime rate and the poverty. I try to tell them otherwise, but I don’t know how to tell them all of this–these moments with the very-in-pain, very poor reaching out with more love and care and generosity than I know what to do with.

I guess that it’s okay. I guess that people maybe will never understand everything that I see and know and experience.

But, for the last three days, whenever I think about the brain tumor and the slow descent into blindness and the $24 of food stamps of month…and this beautiful carton of ice cream…all I can do is cry.

(Please, if you would…say a prayer for him today).

5 thoughts on “This is love”