The first thing that you need to know is that priests don’t have wives.

You probably already knew that. You might have read an emotionally-charged article or two saying this view or that view about the fact.

(Aside: it’s actually not a set-in-stone kind of teaching. Like, the priests-without-wives thing could actually change one day. At different points of church history, priests did have wives, just, for the time being the church is like, “Eh, there are good reasons for them not to have wives,” and that, in the most nutshell of nutshells, is where we are at the moment).

So, there are these theological reasons and arguments and that’s what your average Jane might read about in the news or whatever. I work very closely with some priests and by default, I feel like I could say a lot about the issue, but, that’s not what this is about.

What this really is about is that, without wives, priests sometimes overlook things. Insider knowledge: they don’t always eat balanced meals. Other insider knowledge, for you wives/ girlfriends out there, you know when the man you love is wearing clothes that are too worn out for the public to know that they exist and you’re like, “Friendo, you can’t be wearing that in public”? Priests don’t always have that perspective.

So, anyway. This one priest I know (bless him) needed a new suit.

With some of my girlfriends, we approached him like, “Hey, we think you need a new suit” and he was really just like, “Oh. Okay.”

So I called the tailor and the suit place and bada bing bada boom we had an appointment for the following Monday.

Now, as you might know, suits aren’t free. Thing about priests: they don’t have a lot of money. Neither do people like me, working in non-profit. My parents gave me $50 for Christmas “for new clothes” but there was no stipulation about WHO was supposed to receive those new clothes LOOPHOLE IN THE FINE PRINT but also you can’t buy a suit for $50 so in my mind I was like, “We’re going to need $300 more.”

So anyway, on Sunday I was hosting a giant event and I had asked some of my friends to volunteer. On Friday one of them messaged me. He works in the service industry and was called into work on Sunday. No big, I totally understand how that works.

Him, “I would like to pay you the entire paycheck of that shift.”

Me, “ABSOLUTELY NOT. Take that money and travel the world, obviously.”

I was like, “You aren’t going to believe this…I was praying for that amount all week, for a new suit for a priest I know.”

And, by that evening there were 3 crisp new $100 in my possession.

We got the suit. Plus 2 pairs of shoes. Plus a pair of work pants (no suit jacket). (He needed those, too).

The final shoe delivery was made today.

So, anyway, consider this today’s FYI about the goodness and provision of God. 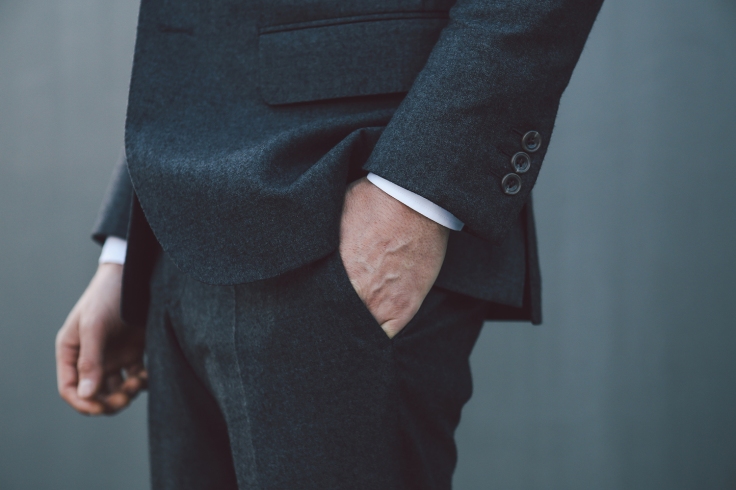 One thought on “On answered prayer”